By Kevin on November 2, 2012 in employee engagement, leadership
1 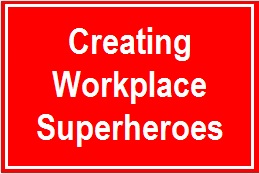 In just two years Twitter has gone from having no obvious revenue and an unclear business model to a successful company that is getting the attention of Wall Street and Madison Avenue alike. eMarketer projects Twitter will beat Facebook in the critical fight for mobile advertising revenue in 2012, and other sources project Twitter to generate $1 billion in revenue in 2014.

With rapid growth, 1,300 employees and approximately 30 new hires a week, how does Twitter make sure they are building a strong company, values-based culture, and keeping employees inspired and engaged?

I recently spoke with Twitter Head of Organizational Effectiveness and Learning, Melissa Daimler, who shared key factors that continue to drive their high levels of engagement.

Whether your own organization is a fast-growing startup or an established Fortune 500 company, Twitter’s focus on consistent approaches to feedback and learning is an approach that can be emulated to drive high levels of emotional commitment and engagement.